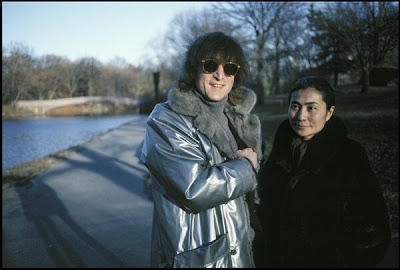 NOVEMBER 26, 1980: The day after Thanksgiving, John and Yoko [above] went with a film crew to Central Park to shoot was was to be the video for Woman [Yoko did, in fact, use the footage when she released the single in February 1981].

copyright 2009 by EBBP Redux. If you are reading this on a blog or website other than EBBP Redux or via a feedreader, this content has been stolen and used without permission.
at 7:40 AM

Email ThisBlogThis!Share to TwitterShare to FacebookShare to Pinterest
Labels: Remembering